This page is about our truck, Earl.

Below is an awesome picture of our truck, drawn by the youngest and most enthusiastic Land Rover fan we've ever met - Noah, aged 8 - isn't it it cool??! Thanks a lot Noah :-) 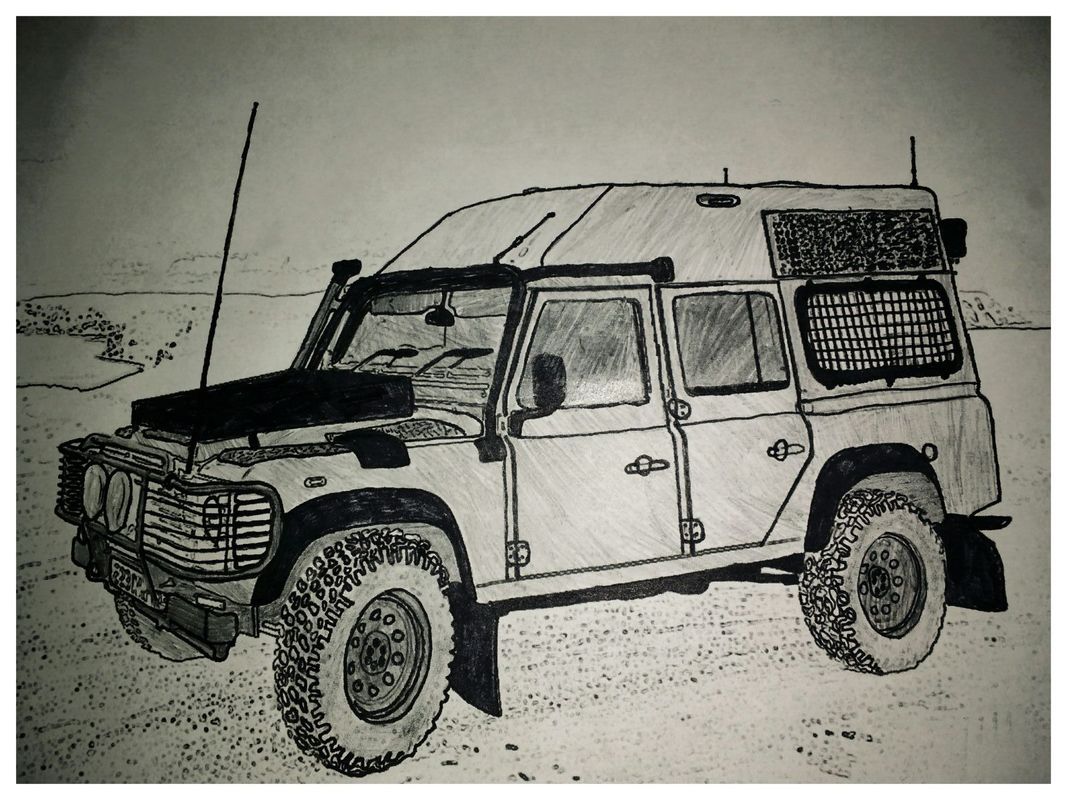 Earl is a 1988 Landrover 110 that early in its life was converted by Liveridge in Solihull, UK (now sadly defunct) into a high top ambulance for - we believe - the Red Cross. It then ended up as a St. Johns Ambulance, before ending up in the hands of private owners who sadly didn't give the TLC that an old truck needs.

Originally a 3.5 Litre petrol V8 engine, some time in the past he was converted to a 1992 Landrover 2.5 Litre Turbo Diesel engine known as the '200TDI'. That engine (regarded as simple and robust) and the high top were the main reasons we bought Earl, as when we got him he was in a bit of a sorry state. We did a fairly extensive restoration (take a look at the restoration page if you're interested in what that involved) and did most of the work ourselves, as we're stupid like that...

We haven't got round to it yet, but soon will come pictures and a video tour of Earl, detailing whats been done to him to turn him into our home on wheels.
If you have any questions about our truck, give us a message here or on Facebook.

There was a list of stuff here but it was out of date and I decided it's not necessary for people or companies or agencies to know what is on our truck whilst we are out negotiating borders etc.

I will put it back up when we are home.